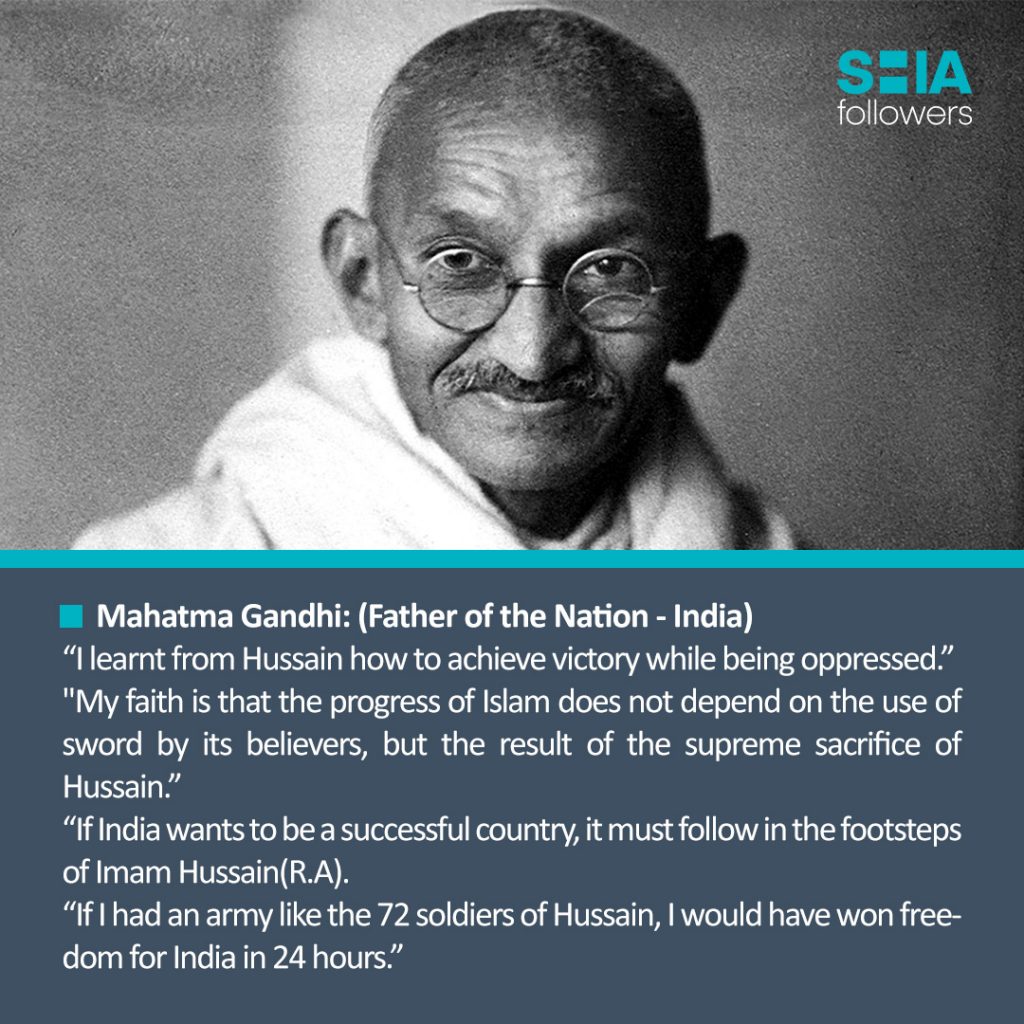 ” I learnt from Hussain how to achieve victory while being oppressed .”

“My faith is that the progress of Islam does not depend on the use of sword by its believers , but the result of the supreme sacrifice of Hussain.”

“If India wants to be a successful country , it must follow in the Imam Hussain’s footsteps .”

“If I had an army like the 72 the soldiers of Hussain, I would have won freedom for India in 24 hours.” 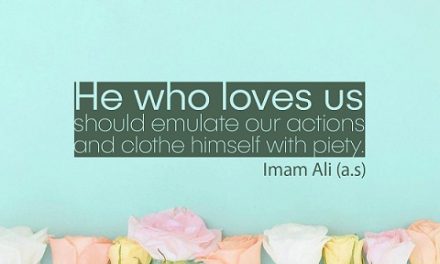 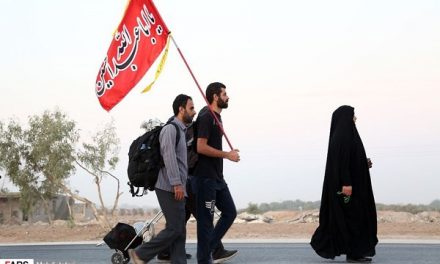 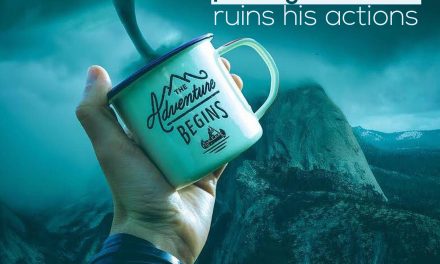 Don’t Ruin Your Actions By Prolonging Your Desire 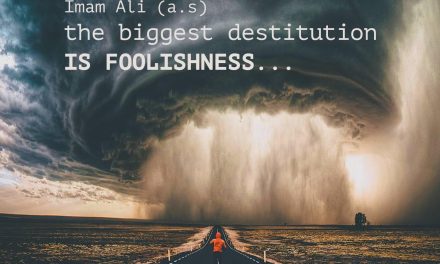