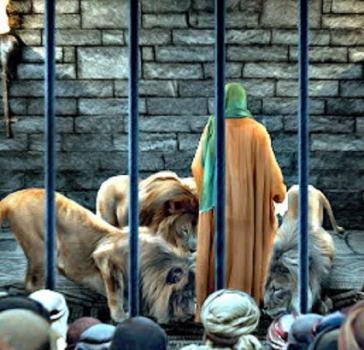 Abu Hammad Razi narrates that once Imam Hadi (AS) told him that “whenever you have religious problems, go to ‘Abdul ‘Azim and also convey my salaams to him.”

Once ‘Abdul ‘Azim al-Hasani came to Imam Hadi (AS) and said, “O son of the Prophet! I would like to describe my faith to you so that if you agree with it then I will stay firm upon it till the last moment of my life.” When the Imam gave his approval, ‘Abdul ‘Azim described his faith as follows: “I believe that God is One; there is nothing like Him; He is free from ibtal (i.e., saying that He is ‘nothing’) and tashbih (i.e., comparing Him to a created thing). Allah has no body or figure; neither is He substance nor form; instead, He is the creator of body and figure, and of substance and form. He is the creator and sustainer of everything.

“I believe that Muhammad (s.a.w.) is a servant and prophet of God, and His last Messenger. There will be no prophet, shari‘ah or religion after him till the day of judgement. “I believe that the Imam and successor of Prophet Muhammad (s.a.w.) was ‘Ali bin Abi Talib (AS), and after him Hasan, then Husayn, ‘Ali ibn al-Husayn, Muhammad bin ‘Ali, Ja‘far bin Muhammad, Musa bin Ja‘far, ‘Ali bin Musa, Muhammad bin ‘Ali, and then you are my master.” Imam Hadi (AS) then said, “After me, my son Hasan, will be the Imam. How do you think the people will react in regard to Hasan’s son [i.e., the Mahdi]?”

‘Abdul ‘Azim: “O my master! How will he [i.e., Hasan’s son] be?” Imam Hadi (AS): “He will not be seen; and mentioning his name is not permissible until he rises and fills the earth with justice just as it would be filled with injustice and tyranny.” ‘Abdul ‘Azim then continued: “I testify that their [i.e., Imams’] friend is God’s friend; and their enemy is God’s enemy; obeying them is obedience to God; and disobeying them is disobeying God. “I believe in the mi‘raj, the questioning in the grave, paradise, hell, the path (sirat), the scale—all these are truth. I believe that the day of judgment is sure to come without any doubt, and that God will resurrect the dead people.

“I believe that my religious obligations after wilayah (love and obedience to the Imams) are prayers, alms-giving, fasting, pilgrimage to Mecca, jihad, bidding good and forbidding evil.” Imam Hadi (AS) said, “O Abul Qasim! By Allah, this is the same religion that Allah has chosen for His servants! So remain firm on it; and may Allah keep you steadfast on this truth.”

Musa bin ‘Abdullah an-Nakha‘i was another learned companion of the Imam. Once he went to the Imam and requested him for a comprehensive ziyarat he could use to recite whenever he visits the graves of any of the Imams of Ahlul Bayt. This ziyarat became famous as Ziyarat-e Jami‘a whose selected parts are presented below: “…May peace be upon you O the People of the house of prophethood, the source of messengership, the people on whom angels descend and where revelation used to come down; the family which is the source of mercy, custodians of knowledge, peaks of forbearance, foundations of generosity, leaders of nations, masters of blessings, the cream of pious people, pillars of kindness, leaders of people… doors of iman, trustees of the Merciful God, family of prophets and messengers, and descendants of the best of those chosen by the Lord of the Universe.

“May peace be upon the Imams of guidance, lamps in the darkness, signs of piety, those who possess wisdom and intelligence, the refuge for people, the heirs of prophets, the best of examples…the proofs of God upon the people of this world and the hereafter.

“I bear witness that there is no god but Allah, He has no partner just as Allah has declared it Himself and so have the angels and the knowledgeable among His servants. There is no god but He, the Powerful, the Wise. I bear witness that Muhammad is His chosen servant and a messenger with whom He is pleased, and whom He has sent with guidance and the religion of truth so that He may give victory to it over all religions even if the polytheists dislike it.

“I bear witness that you are the rightly-guided leaders, the infallibles, the respected ones, those who are closest to Allah, the pious, the truthful, the chosen ones; those who are obedient to Allah, who are firm in His command, who act according to His wish, who have attained His respect. Allah has chosen you by His knowledge, and He has chosen you for His [knowledge of the] unseen and His secret.

“O Allah! If I could find any intercessors closer to You than Muhammad and his good progeny, the pious Imams, I would have made them my intercessors. [But there is no one closer to you than Muhammad and his family.] So by the right that You have given to them over Yourself, I pray to You to include me among those who truly know them and their rights, among those on whom You have showered mercy through their intercession. You are indeed the most merciful of all. And may Allah send His blessings upon Muhammad and his pure progeny. Indeed Allah is sufficient for us and He is the best of agents.”

Although the Imam was well aware of al – Mutawakkil’s treacherous intentions, he anticipating the fatal consequences of refusing the offer, reluctantly decided to leave Medina. But when the Imam arrived at Samarra’ and al – Mutawakkil was informed about it, he took no notice of the Imam’s arrival. When asked about where the Imam should stay, he ordered that the Imam should be put up in the inn meant for beggars, destitute and homeless people.

Al-Mutawakkil who was a deadly enemy of the Ahlul-Bayt, removed the Imam from this inn and entrusted him to the custody of a stone – hearted brute named Zurafah. But, by the grace of Allah, his enmity was, in a short time, transformed into love and devotion for the Imam. When al – Mutawakkil learnt about it, he shifted the Imam into the custody of another cruel man called Sa’id. The Imam remained under his strict vigilance for a number of years, during which he was subjected to boundless tortures.

But even in this miserable imprisonment, the Imam kept devoting himself at all times to the worship of Allah. The security guard of the prison used to comment that Imam`Ali al – Hadi seemed to be an angel in human garb. When Fath ibn Khaqan became the vizier of al – Mutawakkil, he being a Shia could not stand the idea of the Imam’s captivity. He endeavoured to have him released from imprisonment and arranged for his comfortable residence in a personally purchased house at Samaraa’.

Still al – Mutawakkil could hardly refrain from his antagonism to the Imam and he appointed spies to watch the Imam and his connections. But through all these attempts, his hope of creating some fabrication to prove the Imam’s activity against himself could not be realized. In the time of al – Mutawakkil there was a woman named Zaynab who claimed to be a decendant of Imam Husayn. al – Mutawakkil sought the confirmation of Zaynab’s claim from the Imam and said: That as the beasts are prohibited to eat the flesh of the descendants of Imam Husayn he would throw Zaynab to the beasts and test her claim.”

On hearing this, Zaynab began to tremble and confessed that she was a fake. Al – Mutawakkil then ordered the Imam to be thrown to the wild beasts to test the claim. To his great surprise, he witnessed the beasts prostrating their heads before the Imam. Once al – Mutawakkil happened to suffer from a serious malady which was eventually declared incurable by his physicians. When the Imam was approached for some remedy, he prescribed an application which resulted in a spontaneous cure. Once al – Mutawakkil was informed that the Imam was preparing a revolt against him. Thereupon, he ordered a detachment of the army to launch a raid on the Imam’s residence. When the soldiers entered his house, they found him sitting on a mat, reciting the Holy Qur’an.

Not only al – Mutawakkil , but his successors’ opposition to the Imam was fierce . After the death of al – Mutawakkil , al – Mustansir , al – Musta`in and al – Mu`tazz carried on the same mission of harassent against the family of the Imam. al – Mu`tazz , understanding the uncontrollable and intense devotion of the people towards the Imam , eventually contrived the Imam’s assassination. He got him poisoned through an ambassador that resulted in the Imam’s death within a few hours.

The martyrdom occurred on 3rd Rajab 254 AH, and his funeral prayer was conducted by his son, Imam Hassan al -`Askari. The Imam was only forty – two years old at the time of martyrdom. The period of his Imamate was thirty – five years. He was buried in Sammarra’ Iraq. 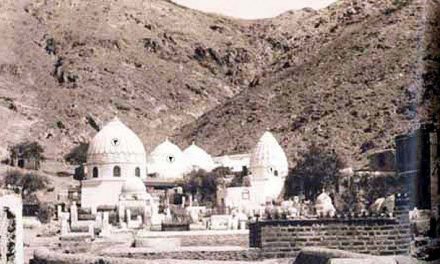 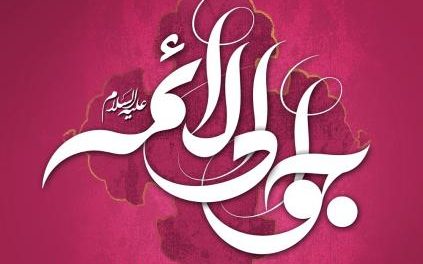 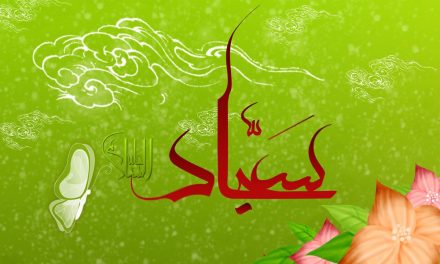 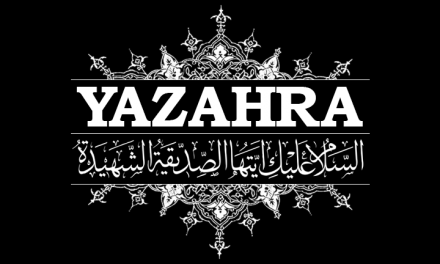