The graveyard of Wadi as Salam near Al-Najaf 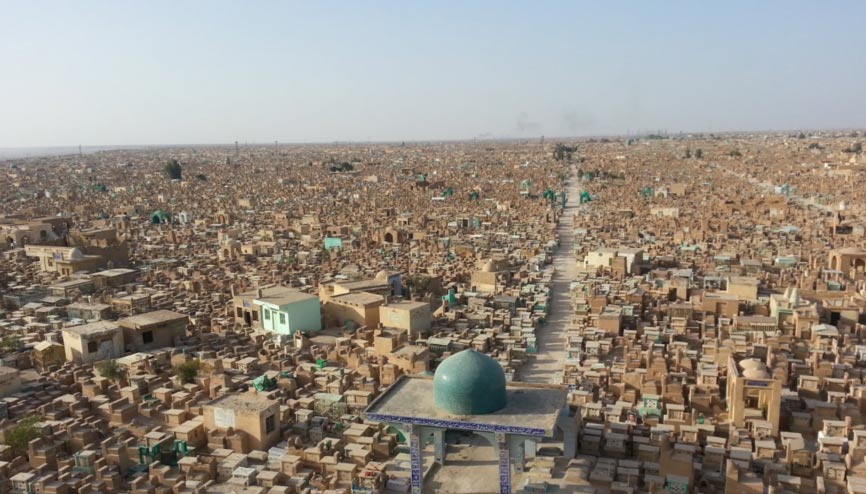 Amir’ul-Mu’mineen ‘Ali (AS) said, “I have love for the Mu’mins! Let me talk with them!”‌

He asked, “O Amir’ul-Mu’mineen (AS)! In what conditions are they?”‌

Amir’ul-Mu’mineen ‘Ali (AS) said, “They are sitting happily in groups!”‌

He asked, “Are their bodies here too!”‌

Amir’ul-Mu’mineen ‘Ali (AS) replied, “No! Only the spirits are there. Wheresoever a Mu’min expires, his spirit comes here!”‌

It is narrated that a person said to Imam Jafar Sadiq (AS), O Imam! It is said that the spirits of mu’mins keep flying near the Firmament in the shape of green colored birds!”‌ The Imam (AS) replied, “It isn’t true! The spirit of a mu’min is not such a trivial thing in the eyes of Allah that it is transformed into a bird. It remains there in a sublime form.”‌

A person told to Imam Jafar Sadiq (AS) that his brother is in Baghdad. If he dies there, he would be very far from him! The Imam (AS) said, “Don’t worry! Wherever a Mu’min dies, in the East or the West, his spirit would come to the Wadi as Salam!”‌ The man asked, “Where is this valley?”‌ The Imam (AS) replied, “Near and behind the city of Kufa!”‌

Abu Baseer narrates from Imam Jafar Sadiq (AS) that the Imam said, “The spirits of mu’mins rest under heavenly trees and talk with each other. When a new spirit arrives, the others want to leave it alone for some time that it has passed through the hardships of leaving the earthly body. Then they ask it about some persons. When it says that the persons are alive and kicking, they become happy and predict that they will join them sooner or later! When it says that someone has already died and his spirit has not come there, they all cry in unison, ‘ho!ho!’ meaning that he must certainly have gone to the Hell!”‌

It is narrated from Abu Baseer that he inquired from Imam Jafar Sadiq (AS), “O’ Imam! Where are the spirits of mu’mins?”‌ The Imam (AS) said, “They live in rooms provided to them in the Heaven! They eat and drink heavenly victuals! They pray to Allah to hasten the Qiyamat, and fulfill the promise made to them and make the living mu’mins join their ranks.”‌

It is narrated from Zarees Kanasi that he asked Imam Muhammad Al-Baqir (AS), “It is believed that the river Euphrates has its source in the Heaven?!”‌ The Imam (AS) replied, “Towards the West Allah has created a Heaven. The river Euphrates starts from there. Every evening the spirits of mu’mins visit there, eat fruits, meet each other, in the morning do sightseeing in the space between the earth and the Heaven and then enter their individual graves and look at the people reciting the Fatiha for them. Towards the East Allah has created the Hell where the spirits of the infidels are tortured. In the mornings they go to the Vale of Barhoot in Yemen. The heat in this valley is more than that in the Hell. These spirits will remain like this till the Doomsday.”‌ 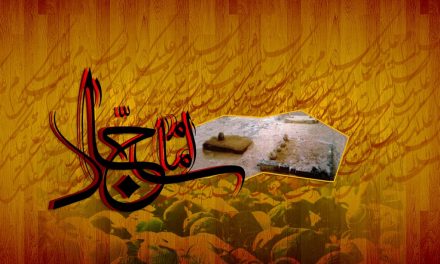 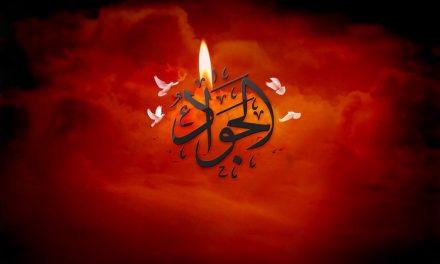