The excellences of Imam Husayn (AS) in Sunni hadith (part 3) 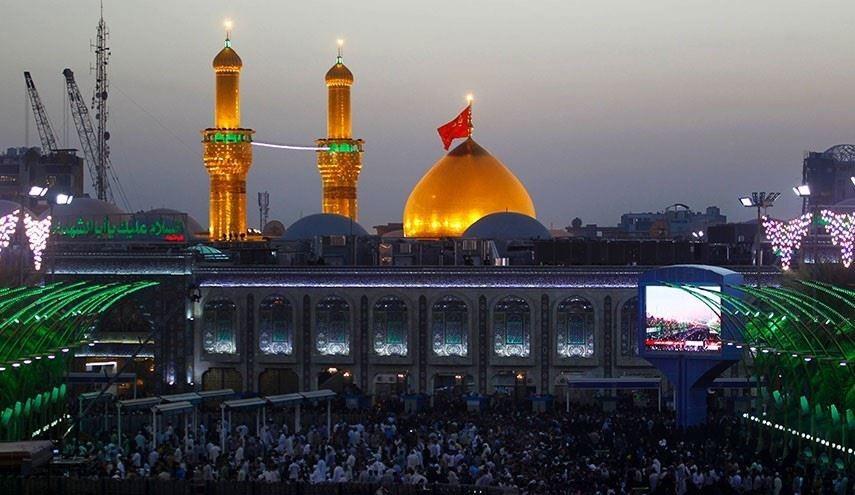 Imam Hassan and Imam Husayn
Islamic tradition has preserved numerous anecdotes depicting the tender care and love which the Prophet showed Hasan and Husayn. They were both born in Medina, and thus knew the Prophet only as children. It is therefore with the intimacy and love of a grandfather that the early life of the two Imams is colored. Once more, these family anecdotes also reflect clearly the theological and political tension within the community, a tension which largely centered around Hasan and Husayn. One such anecdote is the following.

One day, we are told, Hasan and Husayn were lost, and their mother Fatima came to the Prophet greatly alarmed. The angel Gabriel, however, came down and told the Prophet that the two youths were asleep in an animal fold some distance away. God, the angel reassured the anxious family, had charged an angel to keep watch over them. The Prophet went to the spot and found the angel had spread his two wings: one under them and the other over them as cover. The Prophet stooped over the two children and began to kiss them until they awoke. He then carried them on his shoulders back to the city. A large crowd of Muslims followed the Prophet and his two grandsons to the mosque.

The Prophet then addressed the assembled people and said: ‘O Muslims, shall I inform you of those who have the best grandfather and grandmother of humankind?’ ‘Yes, O Apostle of God’, they all replied. ‘They are Hassan and Husayn’, he said: ‘Their grandfather is the Apostle of God, the seal of the Messengers, and their grandmother is Khadija, daughter of Khuwaylid, mistress of the women of Paradise.’ The Prophet then declared Hasan and Husayn to have the best maternal uncle and aunt: Jafar and Umm Hani’, son and daughter of Abu Talib. Their maternal uncle and aunt were likewise the best of all uncles and aunts: they were al-Qasim, son of the Messenger of God, and Zaynab, daughter of the Apostle of God. The Prophet concluded: ‘O God, you know that Hasan and Husayn shall be in Paradise, their uncles and aunt shall be in Paradise, and those who love them shall be in Paradise, while those who hate them shall be in the Fire.”

Abu Hurayra, the famous hadith transmitter, related that often when they prayed behind the Messenger of God Hassan and Husayn would jump on his back while he was prostrate in prayer. When he lifted his head, he would move them gently and place them beside him. One evening, after prayers, Abu Hurayra offered to take the two youths home, but the Prophet wished them to stay. Soon, however, a flash of lightning illuminated the sky, and they thus walked in its light until they entered their home. The friends (awliya’) of God, like the prophets, are favored with miracles. These are not miracles proper (mu’jizat), but rather karamat (divine favors). The lightning incident was one such divine favor by means of which the Prophet wished to inform the community of the special status with which God had favored the two Imams.

There is a unity between the Prophet and the ahl al-bayt, a unity not simply of blood, but also of the spirit. It is a unity symbolized by the kisa’ event. It is, therefore, a unity of love, as the following statement of the Prophet clearly indicates. He said, as related on the authority of Salman the Persian: ‘Whoever loves Hasan and Husayn, I love him, and whomsoever I love, God also loves, and whomsoever God loves, He shall cause him to enter into the gardens of bliss.’ Likewise he who hates Hasan and Husayn shall be consigned to the Fire, because both God and his Messenger will hate him, ‘and a terrible punishment awaits him’. Muslim hagiographical piety extended this unity and intimacy between the Prophet and his two grandchildren to include the angels of heaven. Thus Hudhayfa, a well-known companion and traditionist, reported that the Prophet said: ‘An angel is here who never came down to earth before this night.

He sought permission from his Lord to come down and greet me, and to bring me the glad tidings that Fatima is the mistress of the women of Paradise, and that Hasan and Husayn are the masters of the youths of Paradise.’ There is no doubt that the special status of the Imam Husayn in Muslim piety and devotion has in large measure been due to the Imam’s great sacrifice of family, wealth, and life itself in the way of God. Husayn’s martyrdom – his courage, steadfastness, dignity, and true devotion in times of great crisis – have inspired Muslims of all walks of life. Husayn has inspired the best poetry in all Islamic languages; even non-Muslim poets celebrated his great virtue and valor. Above all, however, the Imam Husayn’s martyrdom became a source of strength and endurance for Muslims in times of suffering, persecution and oppression.

He has stood with every wronged man or woman before oppressive rulers, reproaching wrongdoers and encouraging the oppressed to persist in their struggle for freedom and dignity. The following encounter between Zayd b. Arqam, a venerable companion of the Prophet, and ‘Ubayd Allah b. Ziyad is a living testimony to the struggle between illegitimate authority and the power of right. When the head of the Imam Husayn was brought before him, Ibn Ziyad began to poke its teeth and lips with a stick. Zayd protested: ‘Take away your stick! For, by God, I saw the Apostle of God often kiss these lips.’ Saying this, Zayd began to weep. Ibn Ziyad reprimanded him, saying: ‘May God cause your eyes to weep! Had it not been that you are an old and senile man, I would have cut off your head.’

Zayd then walked away, exclaiming: ‘O men, you are slaves after this day. For you have slain the son of Fatima and set as amir over you the son of Marjana [i.e., Ibn Ziyad]. By God, he shall kill the best of you and enslave the most wicked among you. Perish those who accept humiliation and shame.’ Zayd then said, ‘O Ibn Ziyad, I shall tell you something that will enrage you even more. I saw the Apostle of God seating Hasan on his left leg and Husayn on his right, and say, “O God, I commend them and the most righteous of the people of faith to your trust.” How have you dealt with the trust of the Prophet, O Ibn Ziyad?’ 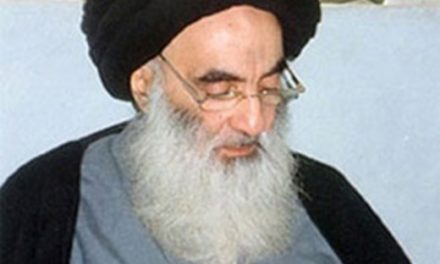 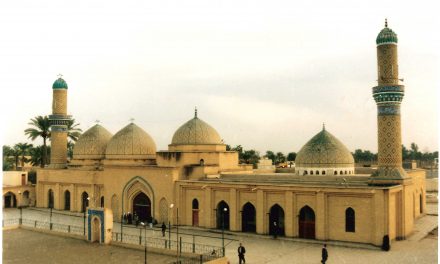