Grand Ayatollah Lotfollah Safi Golpaygani (born February 20, 1919) is an Iranian Twelver Shia Marja. He was born in Golpaygan, Iran. He has studied in seminaries of Najaf, Iraq under Grand Ayatollah Borujerdi. He currently resides and teaches in the Seminary of Qom, Iran.

His father, the late Ayatullah Mulla Muhammad al-Jawad as-Safi was a well known “Alim” and an “Arif”. He, along with being a specialist in Islamic studies, was also a researcher, writer and a teacher in various fields of Islamic sciences such as: Fiqh, ¬sul, Kalam, Akhlaq, Hadith, and other areas. He was also well versed in poetry, and calligraphy. His Taqwa, love for the Wilayat (of the Ahlul Bayt), and his firm position of upholding the concept of “Amr bil Ma’ruf wa Nahi anil Munkar” (Enjoining the Good and Forbidding the Evil), and taking a distinct stance against non-religious people had a tremendous effect on his son. His father died on the 25th of Rajab, in the year 1958, which corresponded to the night of the Shahadat of the 7th Imam, Musa al-Kazim.

His mother was Fatima, a noble woman, poet, and a lover of the Ahlul-Bayt and the daughter of Ayatullah Akhund Mullah Muhammad ‘Ali – the roommate and study partner of the late Ayatullah al-Uzma Mirza Shirazi.

Ayatullah al-‘Uzma as-Safi started his primary Arabic studies in the city of Gulpaygan (Iran) under the tutelage of Marhum Akhund Mullah Abul Qasim, better known as “Qutb”. He continued his studies in the fields of Arabic, Kalam, Tafsir of the Quran, Hadith, Fiqh, and Usul until the end of Suth (the second major level of Islamic studies) in this city. During this period, he was also being taught by his father, Ayatullah Akhund Mullah Muhammad al-Jawad as-Safi in the above-mentioned sciences of Islam.

In 1940, Ayatullah as-Safi left the city of Gulpaygan, and moved to the city of Qum. It was here in Qum that he would take part in the classes being offered by the greatest scholars of the Hauza Ilmiyyah of Qum, and the place where he would be able to continue on the road of completing his studies and research in Islam.

A few years later, Ayatullah as-Safi made the journey to Najaf al-Ashraf and for one year, took part in the lessons being offered by the Great Maraja’ of that religious institution. The exceptional power of understanding, and the struggle and seriousness in pursuing his studies were some of the reasons that the great teachers in Qum and Najaf paid special attention to him.

After studying in the city of Najaf, Hadhrat Ayatullah Lutfullah as-Safi returned to Qum. It was there, that for more than fifteen years, he attended classes on Akhlaq and ‘Irfan, then being taught by the former Marja’ of the Shi’a world, Hadhrat Ayatullah al-‘Uzma al-Burujerdi. It was at this time that Ayatullah as-Safi was chosen to be one of the special advisors to the late Ayatullah al-Burujerdi, and was also one of the few selected people who worked on answering the religious questions that were being sent in by the Muqallidin of the late Ayatullah.

Ayatullah al-Burujerdi, after recognizing the level of knowledge and the ability that Ayatullah as-Safi possessed, then decided to keep him in charge of answering the important and sensitive questions that were coming into the late Marja’s office in the fields of Fiqh, and Kalam. It was also through the encouragement of Ayatullah al-Burujerdi that ash-Shaikh as-Safi was able to compile an encyclopedia in the study of the 12th Imam, al-Mahdi, which later took on the name of “Muktakhab al-Athar fi Imam Thani al-‘Ashar”.

Some of his academic achievements include teaching and research in various fields of Islamic Studies, such as Fiqh, Usul, Kalam, Hadith, Rijal and other areas. He is also the author of over 80 books, both in Persian and Arabic, of which some have been translated into various languages.

Some 45 years ago, on the 3rd of Jumad al-Awal, Ayatullah al-Udma al-Hajj as-Sayyid Jamal ad-Din al-Gulpaygani, one of the biggest and most well known Marja’ of his time in Najaf al-Ashraf, bestowed the highest honor on Ayatullah as-Safi by announcing his reaching to the level of Ijtihad. Not only did he confirm Ayatullah al-Uzma as-Safi’s reaching to this level, but in the letter which he wrote, which is still available today, he went on to say that Ayatullah as-Safi Gulpaygani was at the highest level of Ijtihad – in comparison to the other scholars of his time. This is the final level in Islamic studies, where, after completion, a person is allowed to make his own independent decisions in matters of Islamic law.

For many years, Ayatullah as-Safi, during the lifetime of Marhum Ayatullah Burujerdi, and even after his death, was one of the few people who were responsible for taking the exams of the students in the Hauza. These included the students who were at the highest level of their studies, including those involved in the studies known as ‘B’ath al-Kharij’ (the final level of Islamic studies, after which, if successfully completed, entitles a person to formulate his or her own opinion on Islamic matters, in the light of the Qur’an and Sunnah).

He has also done extensive research in the area of Arabic Syntax (the rules of Arabic Grammar), and in the History of Islam and Iran. He is also well acquainted with the various forms of poetry, and is well versed in composing verses of poetry.

Before the victory of the Islamic Revolution of Iran, Ayatullah as-Safi’s opposition against the Shah’s regime was well known. It was with the confiscation and banning of one of his books by the Shah’s secret police, known as the SAVAK, that added to the friction between this Faqhi and the former Government.

Ultimately, the printing of some of the most important books that Ayatullah al-‘Uzma as-Safi had written, in defense of the teachings of the Shi’a’ were banned (in Iran).

With the victory of the Islamic Revolution in Iran in 1979, Ayatullah as-Safi, on behalf of the Late Imam al-Khumayni, was placed in charge of the “Shura Negahban” or the “Council of Guardians of the Islamic Revolution”. For eight years as the Secretary General of the “Council of Guardians”, he provided his valuable assistance to establishing and preserving social order in Iran, and to the service of the people of this nation, in guarding the sanctity of Islam and the Qur’an.

The great scholar, and Marja’ Taqlid of the Shi’a world, the late Ayatullah al-Uzma as-Sayyid al-Hajj Muhammad Rida al-Gulpaygani, in regards to Ayatullah as-Safi al-Gulpaygani had written the following in his will to his family: “…Any time you need the permission of a Faqihi (for religious issues), refer to Ayatullah Agha Hajj Shaykh Lutfullah Safi, since, without doubt, I consider him to be a Mujtahid, and ‘Adil.” One of the most well known teachers in the Hauza ‘Ilmiyyah of Qum, who has written countless books on topics ranging from Usul al-Fiqh, ‘Aqaid, History and other areas many of which have been translated into English, Urdu, and other languages, Ayatullah al-Hajj Mirza Ja’far Subhani, at the funeral ceremony of the late Ayatullah al-Uzma as-Sayyid Muhammad Rida Gulpaygani, said the following about Agha Safi : “…A person whom, in his life, has continuously been busy with the pen, writing and offering his services to Islam – one who is counted as of the ‘Arifs and upright ‘Ulama, and one whom just looking at his face, is reminded of Allah (SWT)…” 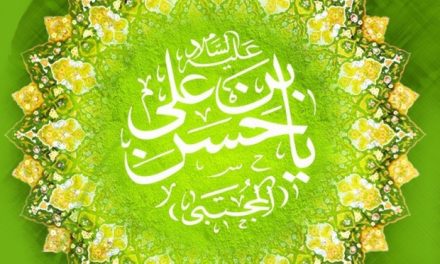 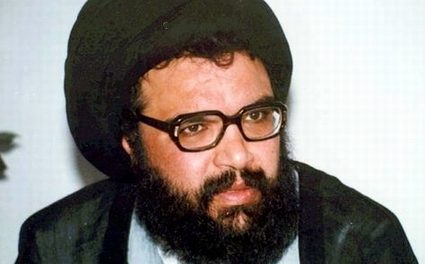 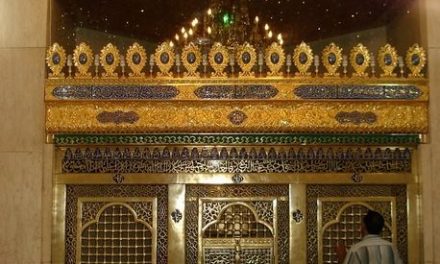