Prophet Mohammad (pbuh), the last Prophet of God was born in 570 AD in Mecca. His mother’s name was Aminah and his father was Abdullah.

Prophet Mohammad (peace and blessings be upon him and his family) as the last Prophet of Almighty Allah was born in 570 AD in Mecca. His mother’s name was Aminah and his father was Abdullah son of Abdul Muttalib, who had died in Medina on his return from Damascus, even before Prophet Mohammad’s birth. As was the tradition of the Arabs of the time, Prophet Mohammad was sent to wet-nurse while he was a child. For this, his grandfather and guardian Abdul Muttalib, selected an honorable lady named Halima, from the tribe of Bani Sa’d who were famous for their bravery and eloquence.

While Prophet Mohammad was unlettered and did not share the polytheistic beliefs of the Meccan Quraish, his stature among them nonetheless continued to increase due to his honesty and justice. Due to his character, Prophet Mohammad grew up to be a respected youth and became known as ‘Mohammad, the Trustworthy’ or ‘Amin’. It was for this honesty, trustworthiness and virtue that an honorable wealthy lady named Khadija sought to employ Prophet Mohammad, then twenty five years of age, to take charge and lead her trading caravan to Damascus and Basra. Able and fair dealing, Prophet Muhammad was a tremendous success. Khadijah, already an admirer, made him an offer of marriage. Prophet Muhammad was twenty five and Khadijah forty.

Lover of nature and quite worried about human sufferings, Prophet Muhammad very often retired to Mount Hira for meditations. One night, a voice addressing him, commanded “Recite in the name of thy Lord”. Deeply excited by the strange phenomena of Divine Visitation, Prophet Muhammad hurried home to his wife, Khadijah, who listened to him attentively and said that I bear witness that you are the Apostle of God.

The Holy Prophet, with whom Prophethood came to an end, became the messenger of God when he was 40 years of age. For three long years, he labored quietly to wean his people from the worship of idols and drew only thirty followers. The Prophet then decided to appeal publicly to the Quraish to give up idol worship and embrace Islam. The new Faith was simple without complications, practical and useful for everyday life. For 13 years, he preached Islam in Mecca, where he underwent great many difficulties and hardships. In spite of all persecution and attracting over a hundred followers, physical cruelties and social boycott made life unbearable in Mecca. The Holy Prophet of Islam advised his followers, to seek refuge in the neighboring country of Ethiopia.

Thereafter he migrated to Medina where he established his center. For ten years he openly propagated Islam there. The Muslim era of Hijrah (Emigration) is named after this incident in 622 AD. From the time he came to Medina, he was the grandest figure upon whom the light of history has ever shone. The preacher who went without bread was mightier than the mightiest sovereigns of the earth. Unlike the Arabs, the Prophet, had never wielded a weapon, but now he was forced to defend Islam by force of arms. He fought a number of successful battles against the arrogant Arabs whom he finally subdued. By the end of this period the entire Arabian Peninsula had embraced Islam. The Holy Quran was revealed on him piecemeal over a period of 23 years.

Prophet Muhammad prepared to make the farewell pilgrimage to Mecca. Before completing all the ceremonies of Hajj, he addressed a huge multitude from the top of mount Arafat in words which shall ever ring and live in the atmosphere. After finishing the hajj the Prophet started for Medina. On his way, at Ghadir Khumm, Prophet Muhammad ordered Bilal to recall the Muslims, who had gone ahead, who were behind and who were proceeding to their homes at the junction, to assemble. The Prophet took Ali by the hand and said: Whoever whose Mawla (master) I am, Ali is his master.

The Muslims showed a wonderful devotedness and reverential attachment to the Holy Quran and the person of the Holy Prophet, who passed away in the 23rd year of his Prophetic mission when he was 63 years of age. He left behind a nascent society full of spiritual zeal, believing in a constructive ideology and conscious of its world responsibility. There were two things which gave this new-born society a spirit of enthusiasm and unity. One was the Holy Quran which inspired the Muslims. It was always recited by them. The other was his great household which, through the light of Quran, they were destined to lead the Muslim society to prosperity. 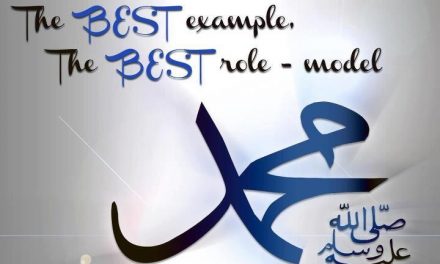 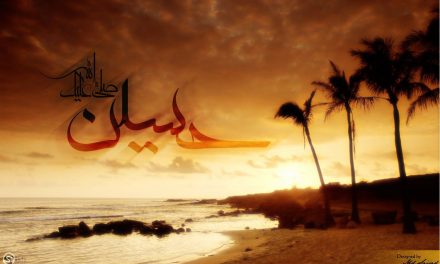 Hadiths about Imam Hussein (AS) – Part 2