The eminent scholar, Ayatollah Nasir Makarim Shirazi was born in the year 1345 AH (1924 CE) in the city of Shiraz, Iran into a religious family who were well known for their great level of spirituality and noble ethical traits.

The eminent scholar, Ayatollah Nasir Makarim Shirazi was born in the year 1345 AH (1924 CE) in the city of Shiraz, Iran into a religious family who were well known for their great level of spirituality and noble ethical traits.

His Eminence started his formal Islamic studies at the age of 14 in Madressah Agha Babakhan Shirazi and within a short period of time, was able to complete the introductory studies such as Sarf, Nahw, Mantiq, Bayan, and Badie, which were all needed to advance to the next level of Islamic studies. After completing these sciences, he turned his attention towards the fields of Fiqh (Jurisprudence) and Usul al-Fiqh (Principles of Jurisprudence) and again, due to the exceptional capabilities that he possessed, was able to finish studying the complete levels of introductory and both the levels of the intermediate Islamic studies in approximately four years (something that normally takes 12 to 15 years)! During this time, a group of students from the Islamic Seminary in Shiraz were also benefiting from the classes that he himself was teaching. The positive criticisms and personal opinions of His Eminence o­n the classes being held in Qom and in relation to the need for including extra information within the books that were being taught in the various Theological Seminaries, definitely played a role in the bright future that awaited him. While in religious gatherings in this city, his capabilities, genius, meticulous and deep thought were witnessed by others and because of this, no o­ne was able to deny his God-given talents. Whereas this brilliant star was o­nly a mere 18 years old, however through his deep penetrating knowledge and the flowing pen, he was able to write a commentary o­n the book Kifayatul Usul (one of the major books of Ilmul Usul that must be studied in the Theological Seminary), in which he was able to bring to light the ambiguous issues mentioned in this traditional book. At the age of 18, he formally entered into the Theological Seminary of Qom and for the next five years, was present in the religious gatherings and classes of some of the greatest teachers of those days, such as Ayatollah al-Uzma al-Hajj as-Sayyid Muhammad Hussein Burujerdi and other great personalities (may Allah be pleased with them all ). In order for His Eminence to become better acquainted with the great scholars, their ideas and thoughts who were studying and teaching in o­ne of the greatest Theological Seminaries of the Shiâ, in the year 1369 AH (1950 CE), he made his way to the hawzatul âl-Ilmiyyah of Najaf al-Ashraf in Iraq. It was here that he was able to take part in the classes of some of the greatest teachers such as: Ayatollah al-Uzma al-ajj as-Sayyid Muhsin al-Hakim, Ayatullah al-Uzma al-Hajj as-Sayyid Abul Qasim al-Khui and Ayatollah al-Uzma al-Hajj Abdul Hadi ash-Shirazi and other great teachers (may Allah sanctify their spirits).At the age of 24, His Eminence was granted complete Ijtihad from two of the great scholars of Najaf al-Ashraf. In addition, Ayatollah al-Uzma al-Hajj as-Sayyid Muhsin al-Hakim even wrote a short, but comprehensive letter of commendation for His Eminence’s notes o­n the lessons of Fiqh (The Book of Taharah). His thirst for acquiring and gaining more knowledge continued with the great teachers in Najaf al-Ashraf. However, since he did not have the means to survive and continue his studies in this holy city, he was forced to return back to Iran in the year 1370 AH (1951 CE) and make his way back to the holy city of Qom which was now the center of gathering religious scholars. o­nce again, he joined the circle of scholars who later o­n, had a profound impact o­n his life. After returning to Iran, Ayatollah Nasir Makarim Shirazi began teaching the intermediate and higher level of studies (Kharij) in Usul al-Fiqh and Fiqh. t is now close to 28 years that he has been teaching these classes in the Theological Seminary which have been warmly accepted and appreciated by a large number of students. In addition, after teaching a large number of the important books of Fiqh, he went o­n to write summaries and notes of these great works. At present the classes of Kharij of Usul of this great personality are o­ne of the most popular classes in the hawzatul âl-Ilmiyyah of the Shiâ and there are close to 2,000 of the most dedicated and dynamic students who take part and benefit from his lectures! From the beginning of his studies, he was habituated in writing books in various fields of Islamic studies such as Theology, Islamic Awareness and the issue of Wilayah (of the Ahlul Bait). Moving ahead, he started to write o­n the Exegesis of the Quran, Fiqh and Usul al-Fiqh and is currently known and recognized as o­ne of the greatest writers in the Muslim world. 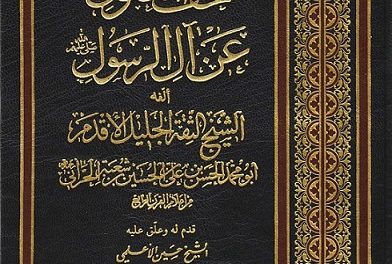 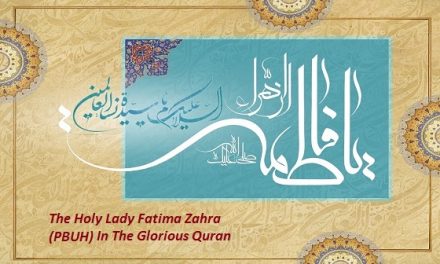